We’re giving back to the incredible community that our members call home to reach new heights, together. 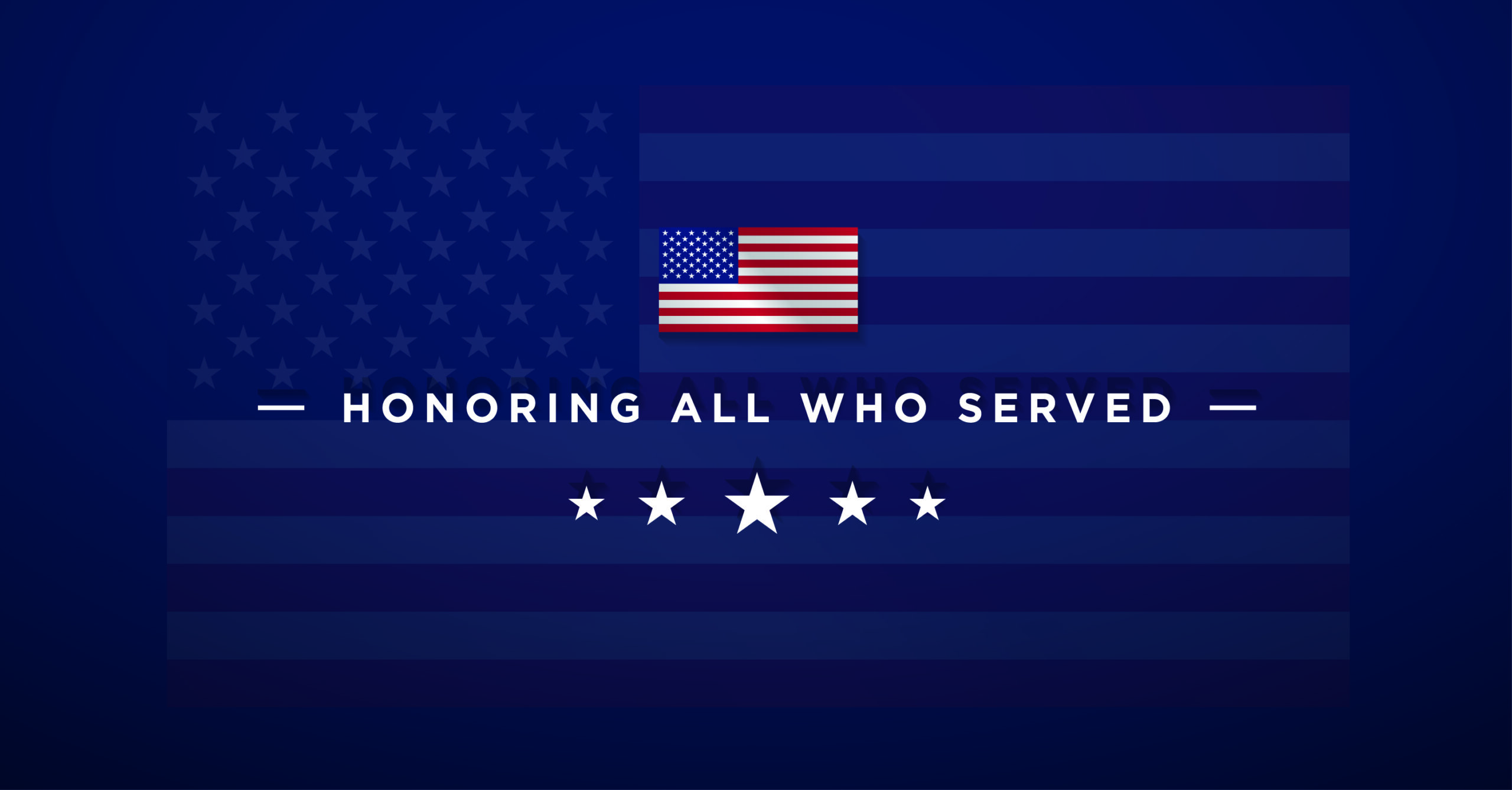 While the Fourth of July is a great time for backyard barbeques and fireworks, it's also a time to celebrate our country's independence. As part of our Independence Day celebrations this year, we will be honoring teammates and their families who have played an important part of ensuring the freedoms that we all enjoy each day!

Two of our teammates took the time to share their first-hand stories with us - one a Veteran and the other a military wife and mother. These two perspectives perfectly capture the sacrifices those who serve - on and off the field - so that we can live in the land of the free and the home of the brave.

I joined the Army Reserves during my senior year of high school and shipped out to boot camp the week after I received my diploma. I wanted to push myself to do something outside of my comfort zone, and the benefits of the military were attractive to me.

I officially retired in December of 2019 as a Sergeant First Class (SFC) with just under 22 years of service. During my time with the Army Reserves, I trained in Germany, deployed to Afghanistan and Iraq, and was immersed in so many different cultures — experiences that really remind me of how grateful I am to live in the United States of America. Things that I grew up taking for granted will never be viewed the same.  Simple life conveniences such as electricity and running water are in my top ten list for sure.  I learned to celebrate the small things and try to enjoy the moment, as tomorrow is never promised.

When deployed, you live in tight quarters, and do everything together, which creates trust and friendships that last a lifetime. This support is hard to put in words, as you literally trust them with your life in some situations. I have so many great stories and memories from those times, and also some more somber ones that encourage me to be the best person I can be each day.

I met my husband through the military, and between us, we have over 50 years of service combined.  Our love for service made it seem so easy, but the support from each other made it possible. I like to say a whole family deploys as it takes everyone to make it successful. You really learn to communicate during those separations. It made each of us stronger for the experiences we faced as a family.

I would be remiss if I didn’t acknowledge my Spero family’s impact on my life during this time, as well. While in Iraq, Spero Financial (then SC Telco), adopted my unit. I had each soldier give me a few items that they “wished” for the holidays. Most of their answers were so selfless.; I really had to push to get some to answer with something other than they “had no need and just appreciate the thoughts and prayers.” One soldier asked to have flowers delivered to his wife to let her know that she was not forgotten during the holidays; another asked for things he knew his children would enjoy. It made me so proud of my Spero family and how they all showed up without question. Not only were flowers delivered and gifts sent to families stateside, but we each received a box with our name on it, filled with such thoughtful items that we couldn’t get where we were. For a few hours, we gathered on that holiday to come together, as a family away from family, and I was so proud that it was my credit union family that made it so very special for each of us.

The military has tested me in ways that I didn’t even know existed. There were more good days than not so good, but honestly, it forced me to really lean on my faith. Knowing that He was in control and had the big plan, as I like to say, was really what got me through. I have been blessed to have had the opportunity to serve and experience so much from my time in the service, as well as my time as part of the Spero team. Both have helped shape who I am today.

How are you/your family involved in the US military?

My husband served in the Army National Guard for 27 years and retired as a Command Sargant Major. He joined when he was 17 years old - setting up his high school classes so that he could graduate early to enlist. His father had to sign for authorization for him to join. Infantry, forward maintenance support, recruiting, security, and navigation were some of his roles. He has traveled to several different states and countries for deployments and special training. All awhile, kept us stationed in our hometown, so that me and the kids were close to our family, church, and military family while he was away.

Our oldest son joined the Navy when he got out of high school. He only served one contract but has been to several different countries, including Greece, Spain, Puerto Rico, Rio and Japan. He was Aviation Ordinance, where he was in charge of the bomb room on the ship. His wife also served with him and was in charge of the weapons room.

Our middle son joined the Marines after he graduated. He joined in the infantry and served one contract as a Corporal/Squad Leader and has developed his leadership skills greatly. He has been in California most of his contract, as well as been stationed in Australia and border patrol.

Why did your family decide to join?

Their decisions to join the military were quite simple. One was based on a sense of duty for their country and their families. The other was motived by a curiosity to see the world, helping them make decisions on what they may like to do when they get out of service. They have all traveled a lot, made great friends, and had good and bad experiences, but in all, have grown as individuals. My two sons are currently going to college to pursue new adventures.

How have you supported your family, and even made it through their deployments yourself?

Being a military wife and mother has both benefits and struggles. The constant not knowing when or where your husband or sons are going or when we will see them again has been hard to swallow emotionally as well as physically. Holidays and vacations and family gatherings are not the same as civilian life. Sometimes they have to be postponed or just done without them, which means that I am either not going as well or I am going alone. This has been perceived as sad to some and has angered others because they don’t understand why I keep living like this. But, I believe there is a moral duty that we have as human beings, also as wives and mothers, to be there for our family to support the fact that we are not in this alone. They are going without as well, and there are other families out there that go through the same struggles. I have been very blessed to have had not just my family around me, but also my church family and my military family for support in all of this. Our community was full of military so it was great, but there were a lot of people in our platoon that were not living in communities like ours nor lived around family so they really had no one unless they reached out to their support team for help (which some don’t even have that).

What is your most memorable memory from you/your family's time in service?

In reflecting on most my memorable memory from my family's service, mine would be when I went almost 2 years of barely seeing my husband and seldom getting to talk to him; I remember being so nervous when I got to see him again. It felt surreal and took sometime to get back to normal again. Then all of our boys were saying “I’m going to be in the Army when I grow up.”  I remember thinking, "Lord, help me!"

For my husband: it would be when he returned from deployment after 2 years of being gone. Upon his departure, the boys all processed his leaving differently - our oldest (8) was trying to be all cool about it; our middle son (4) was so mad that he wouldn’t even talk to him; and our youngest (1) had no clue what was going on.  My husband came home after those 2 years and wasn’t sure if our youngest would even remember him or not - but he did. They all ran up to him and gave him the biggest hug ever; he was completely overwhelmed!

What have you learned from life as a military wife and mom?

I think just making sure that you take full advantage of the time that you have with one another. Honor your loved ones and don’t take them for granted. Serving is a selfless act and should be remembered as such.  Everything is hard the first time that you do it, but if you persevere, you can achieve anything. 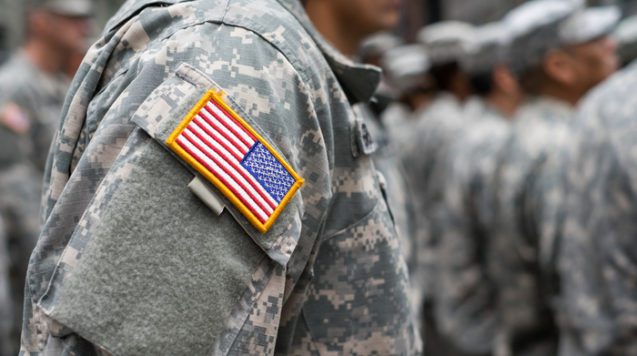 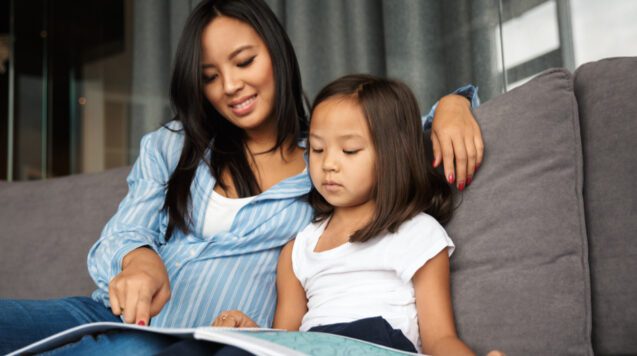 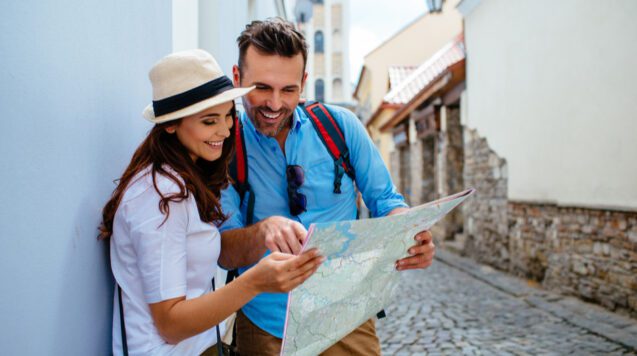 4 Ways to Keep Your Money Safe While Traveling